WASHINGTON, DC – June 10, 2021 – The National Restaurant Association Educational Foundation (NRAEF) announced the winners of the 2021 Military Foodservice Awards virtually during a Facebook Live event on Wednesday, June 9. The event, hosted annually by the NRAEF, is part of the Foundation’s commitment to support members of the military, military spouses, and veterans with training opportunities to hone their skills, and provide pathways to meaningful jobs and careers in the restaurant industry. 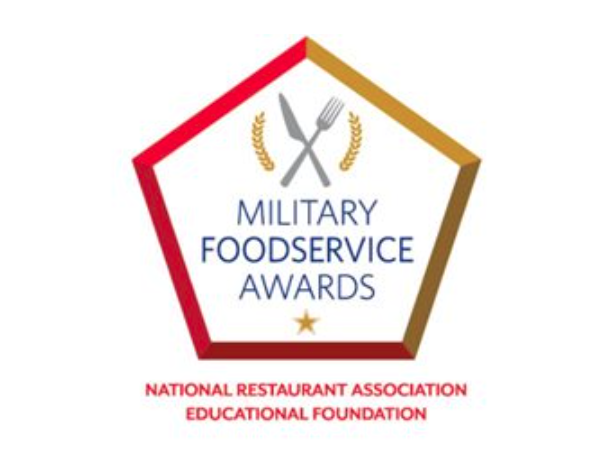 Typically, representatives from the National Restaurant Association and NRAEF team up with senior military personnel and travel to installations around the globe to evaluate military foodservice operations. Due to COVID-19, the 2021 evaluations took place virtually, with volunteer evaluators spending time at night, early in the morning, and on weekends to conduct evaluations and select the best military foodservice operations for the awards.

Winners of The Philip A. Connelly Awards, honoring the Army:

Visit ChooseRestaurants.org to learn how to get involved with the NRAEF and its work to empower people from all backgrounds with the training and education they need to secure a better future.

About the National Restaurant Association Educational Foundation:
As the philanthropic foundation of the National Restaurant Association, the National Restaurant Association Educational Foundation’s mission of service to the public is dedicated to enhancing the industry’s training and education, career development and community engagement efforts. The NRAEF and its programs work to Attract, Empower and Advance today’s and tomorrow’s restaurant and foodservice workforce. NRAEF programs include: ProStart® – a high-school career and technical education program; Restaurant Ready – partnering with community based organizations to provide opportunity youth and previously incarcerated individuals with skills training and job opportunities; Military – helping military servicemen and women transition their skills to restaurant and foodservice careers; Scholarships – financial assistance for students pursuing restaurant, foodservice and hospitality degrees; and, the Hospitality Sector Registered Apprenticeship project – a partnership with the American Hotel & Lodging Association providing a hospitality apprenticeship program for the industry. For more information on the NRAEF, visit ChooseRestaurants.org.