Coca-Cola invests in preparing next generation of restaurant leaders

WASHINGTON, DC – August 27, 2020 – The National Restaurant Association Educational Foundation (NRAEF) announced today that The Coca-Cola Company has committed $1.5 million to support preparing the next generation of restaurant leaders for meaningful jobs and careers in the restaurant and foodservice industry. Coca-Cola has been a major NRAEF donor for the past 18 years, contributing a record total of $15 million.

The centerpiece of Coca-Cola’s involvement with the Foundation is ProStart, a career and technical education program reaching 150,000 high school students pursuing careers in culinary arts and restaurant management. Each year, Coca-Cola helps the Foundation host the National ProStart Invitational and awards more than $100,000 in scholarships to the winning teams.

Coca-Cola has also offered internships to ProStart students, and hosted a first-ever virtual coaching session and competition this year where students showcased their presentation skills and competed for prizes. Earlier this year, in response to the COVID-19 crisis and its impact on restaurant workers across the country, Coca-Cola generously donated to the NRAEF’s Restaurant Employee Relief Fund which raised over $21.5 million dollars to provide restaurant workers $500 grants during the pandemic. 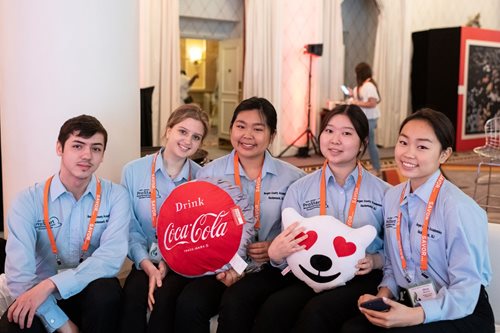 “Our partnership with Coca-Cola has directly benefitted the lives of thousands of young people pursuing a future in our industry,” said Rob Gifford, president of the NRAEF. “Their renewed investment and support for our work, especially during such challenging times is truly remarkable. We look forward to continuing to work with Coca-Cola to open doors of opportunity for both today’s and tomorrow’s restaurant leaders.” 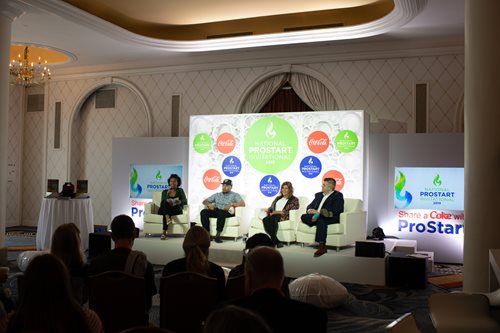 “The NRAEF is at the forefront of attracting, empowering and advancing our industry’s workforce,” said Kristin Bitter, Vice President, Industry Affairs, The Coca-Cola Company. “Now more than ever, we need a well-trained, innovative and committed workforce that is prepared and ready to help the restaurant and foodservice industry get back on its feet. The Coca-Cola Company’s purpose is to Refresh the World and Make a Difference. In this, we share the NRAEF’s mission to change lives and uplift communities, and we are proud to be their top supporter.”

———————————————-
About the National Restaurant Association Educational Foundation: As the philanthropic foundation of the National Restaurant Association, the National Restaurant Association Educational Foundation’s mission of service to the public is dedicated to enhancing the industry’s training and education, career development and community engagement efforts. The NRAEF and its programs work to Attract, Empower and Advance today’s and tomorrow’s restaurant and foodservice workforce. NRAEF programs include: ProStart® – a high-school career and technical education program; Restaurant Ready – partnering with community based organizations to provide opportunity youth and justice-involved incarcerated individuals with skills training and job opportunities; Military – helping military servicemen and women transition their skills to restaurant and foodservice careers; Scholarships – financial assistance for students pursuing restaurant, foodservice and hospitality degrees; and, the Hospitality Sector Registered Apprenticeship project – a partnership with the American Hotel & Lodging Association providing a hospitality apprenticeship program for the industry. For more information on the NRAEF, visit ChooseRestaurants.org.

This Giving Tuesday, Join Our Journey to Help Restaurant Workers Advance Their Careers and Futures