WASHINGTON, DC – May 23, 2022 – The National Restaurant Association Educational Foundation (NRAEF) honored the winners of the 2022 Military Foodservice Awards on Friday, May 20, in conjunction with the National Restaurant Association Show in Chicago. Headlined by former U.S. Secretary of Defense Leon Panetta, the ceremony kicked off a weekend of events around Armed Forces Day – part of the NRAEF’s commitment to support America’s armed forces, veterans and military spouses through training and post-duty opportunities. 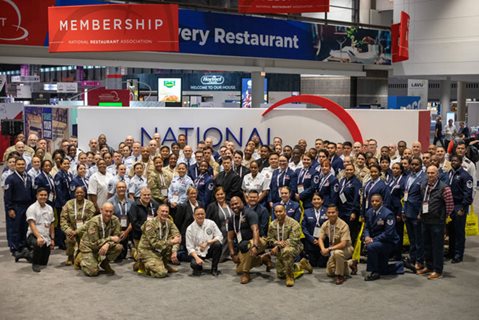 The 2022 Military Foodservice Awards were held Friday evening at Chicago’s Palmer House Hilton and sponsored by Anheuser-Busch to recognize individuals and teams for their distinction in foodservice management effectiveness, force readiness support, food quality, employee and customer relations, resource conservation, training, and safety awareness. In addition to the Awards ceremony, winners participated in the Advanced Restaurant Management training program and tours of the National Restaurant Association Show in Chicago in honor of Armed Forces Day on May 21.

“We are pleased to once again honor the men and women of the U.S. military for their outstanding commitment to excellence in foodservice,” said Rob Gifford, President of the NRAEF. “These awards represent the NRAEF’s decades-long commitment to helping the military maintain foodservice distinction across all branches and to serving veterans and their family members as they transition to civilian opportunities in the restaurant and foodservice industry.” 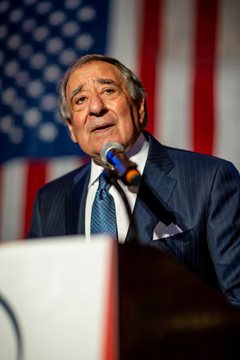 Former U.S. Secretary of Defense Leon Panetta keynoted the award ceremony, where he shared his perspective honed from his decades at the forefront of military and national security. His experience includes time as Chief of Staff to President Bill Clinton, as well as director of the Central Intelligence Agency and Secretary of Defense under President Barack Obama. Secretary Panetta remains involved in the public policy arena as Chairman of The Panetta Institute for Public Policy, which he co-founded with his wife, Sylvia, in 1997. 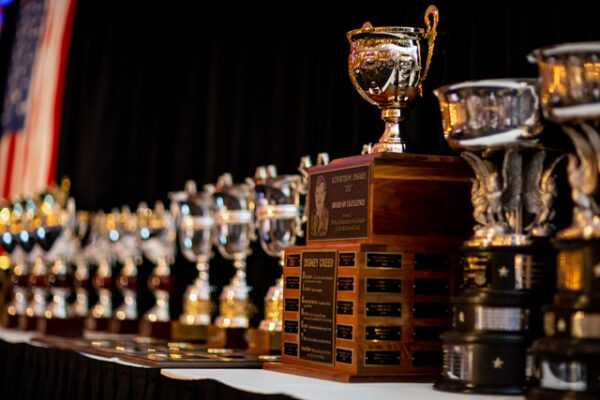 The following installations were recognized as 2022 Military Foodservice Award winners.

Winners of the Philip A. Connelly Awards, honoring the Army:

Winners of these prestigious annual Military Foodservice Awards are chosen by representatives from the National Restaurant Association, NRAEF and the Society for Foodservice and Hospitality Management, who travel with senior military officers to installations around the globe on a yearly basis to evaluate foodservice operations.

In addition to recognizing foodservice excellence within the armed forces, the NRAEF provides military foodservice training on established industry standards of restaurant management and culinary training, connects transitioning military to apprenticeship opportunities, supports military spouses and provides scholarship opportunities. Visit ChooseRestaurants.org to learn how to get involved with the NRAEF and its work to build pathways to meaningful jobs and careers in restaurants and foodservice.