WASHINGTON, DC – March 24, 2022 – The National Restaurant Association Educational Foundation (NRAEF) today announced its support for the new musical GRACE, which begins its world premiere engagement today at the historic Ford’s Theatre in Washington, D.C., and runs through May 14. Tickets may be purchased here.

Partnering with Edgewood and NEWorks Productions, the NRAEF joins other “Friends of GRACE,” including food stars who share the Foundation’s support for Black-owned restaurants and businesses, such as Carla Hall, GRACE Culinary Ambassador, and Sheila C. Johnson, GRACE Hospitality Ambassador.

GRACE captures a milestone day in the life of the “Mintons,” a Philadelphia-based family with a long connection with African American culinary traditions, particularly through their century-old restaurant, “Minton’s Place.”

With music by acclaimed American composer Nolan Williams, Jr., book by Williams and award-winning playwright Nikkole Salter, and direction and choreography by Robert Barry Fleming, GRACE is a rich musical feast seasoned with the vibrant traditions of African American history. 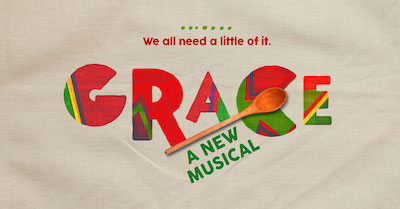 “We are excited to partner with ‘GRACE,’ which gives us a unique opportunity to tell the rich and often untold stories behind African American restaurants and culinary traditions,” said Rob Gifford, president of the NRAEF. “For more than 30 years, we have offered a variety of programs, training and pathways to people from all backgrounds seeking a successful future in our industry.”

On May 6, the NRAEF will take more than 400 of the nation’s top high-school culinary arts and restaurant management students to an exclusive performance of “GRACE.” The students and their teachers will be in Washington, D.C., to compete in the National ProStart® Invitational. ProStart is a two-year technical education program focused on culinary arts and restaurant management offered at more than 1,750 schools across the country with over 140,000 students enrolled. Learn more about ProStart at ChooseRestaurants.org/ProStart.

Dale Mott, CEO of Edgewood, says, “Though GRACE’s Minton’s Place is fictional, its narrative is not. Our Black-owned restaurants have long struggled to identify and secure critical funding and support. This is an exceptional opportunity to tell their story and promote opportunities for future Minton’s. We thank the NRAEF for their support.”

As the philanthropic foundation of the National Restaurant Association, the NRAEF is dedicated to enhancing the restaurant and foodservice industry’s training and education, career development, and community engagement efforts. Its programs, including the Multicultural Foodservice and Hospitality Alliance, work to attract, empower and advance today’s and tomorrow’s restaurant and foodservice workforce. Learn more about the NRAEF at ChooseRestaurants.org.

American food traditions and its food establishments are rooted in Black food traditions that began with enslavement. In his seminal study, THE PHILADELPHIA NEGRO (1899), W.E.B. DuBois reported, “The whole catering business, arising from an evolution shrewdly, persistently and tastefully directed, transformed the Negro cook and waiter into the public caterer and restaurateur, and raised a crowd of underpaid menials to become a set of self-reliant, original businessmen, who amassed fortunes for themselves and won general respect for their people.”

The survival of these Black-owned restaurants is inextricably tied to any effort to uplift and amplify American culture. The National Restaurant Association reports that 4 in 10 restaurant managers and supervisors are minorities, as are 6 in 10 chefs. Between 2007 and 2012, the number of Black-owned restaurant businesses increased 49 percent. Black-owned establishments have long struggled to identify and secure critical funding and support. The Coronavirus pandemic has greatly exacerbated the problem. According to National Restaurant Association research, more than 90,000 restaurants have closed permanently or long-term because of the pandemic.

About the National Restaurant Association Educational Foundation: As the philanthropic foundation of the National Restaurant Association, the National Restaurant Association Educational Foundation’s mission of service to the public is dedicated to enhancing the industry’s training and education, career development and community engagement efforts. The NRAEF and its programs work to Attract, Empower and Advance today’s and tomorrow’s restaurant and foodservice workforce. NRAEF programs include: ProStart® – a high-school career and technical education program; Restaurant Ready – partnering with community based organizations to provide “opportunity youth” with skills training and job opportunities; Military – helping military servicemen and women transition their skills to restaurant and foodservice careers; Scholarships – financial assistance for students pursuing restaurant, foodservice and hospitality degrees; and, the Hospitality Sector Registered Apprenticeship project – a partnership with the American Hotel & Lodging Association providing a hospitality apprenticeship program for the industry. For more information on the NRAEF, visit ChooseRestaurants.org.